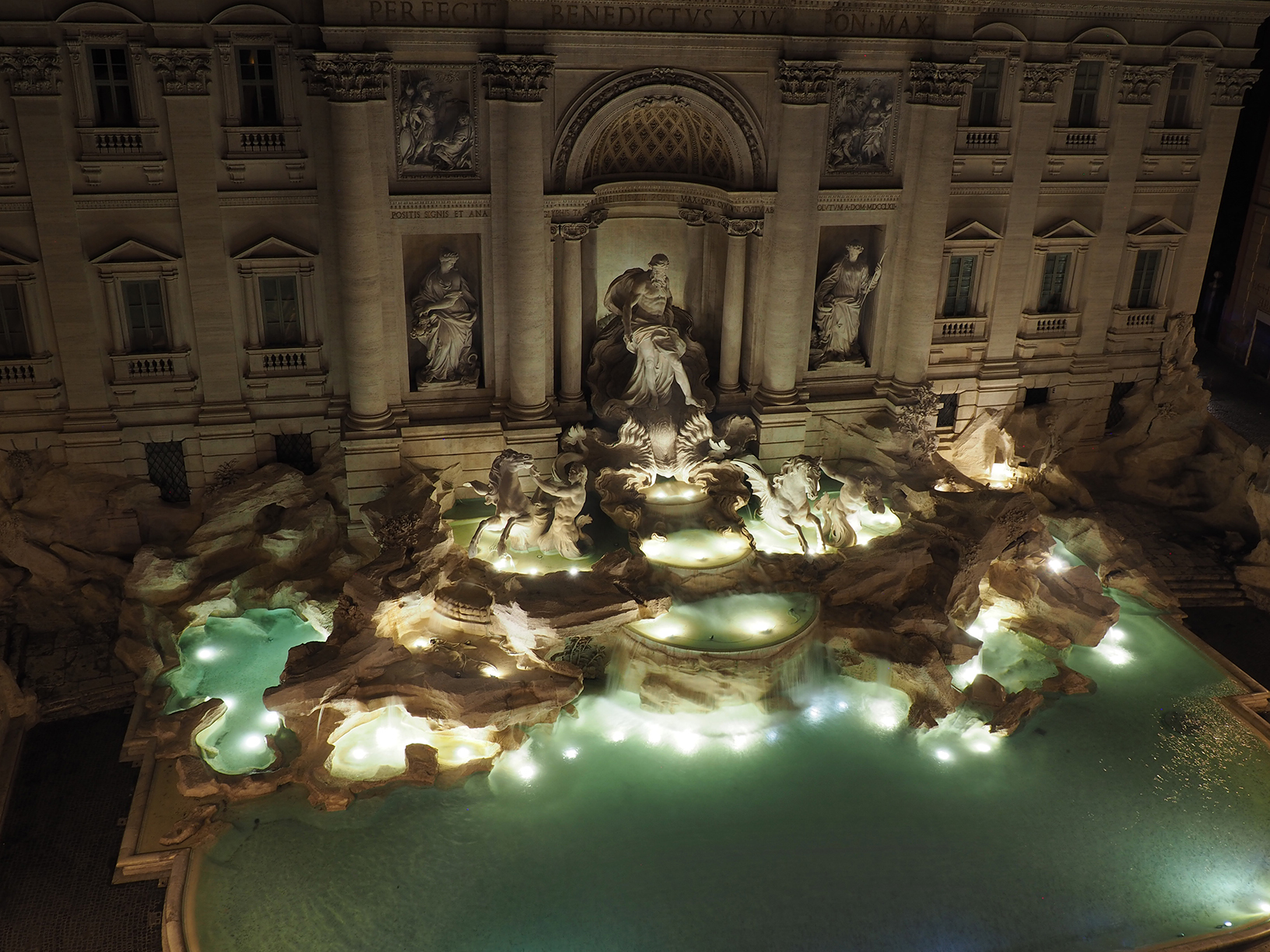 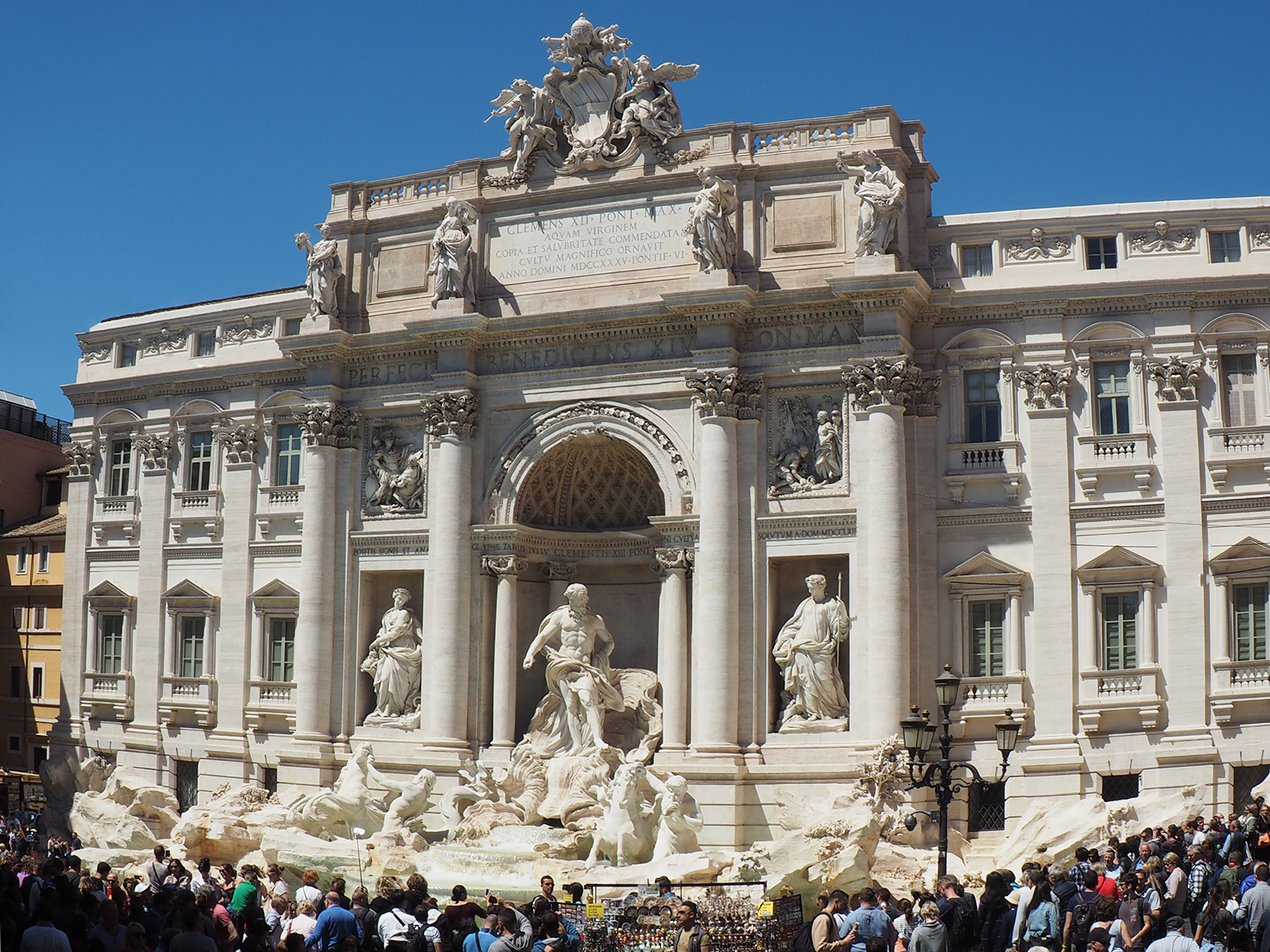 My Obsession in Rome

Half way through my two months of travel in Europe I arrived in Rome for three days and two nights.  I was here once before with my daughter in 2005 and my plan was to see all the traditional sights once again.  I even stayed at Hotel Aberdeen, the same hotel from 12 years ago.  During my couple days, I went to the Colosseum, Palatine Hill, the Pantheon, Piazza Navona, the Spanish Steps and La Fontana di Trevi.  Everywhere I went, there were so many people and that really made it challenging to photograph the images that I truly wanted to capture. 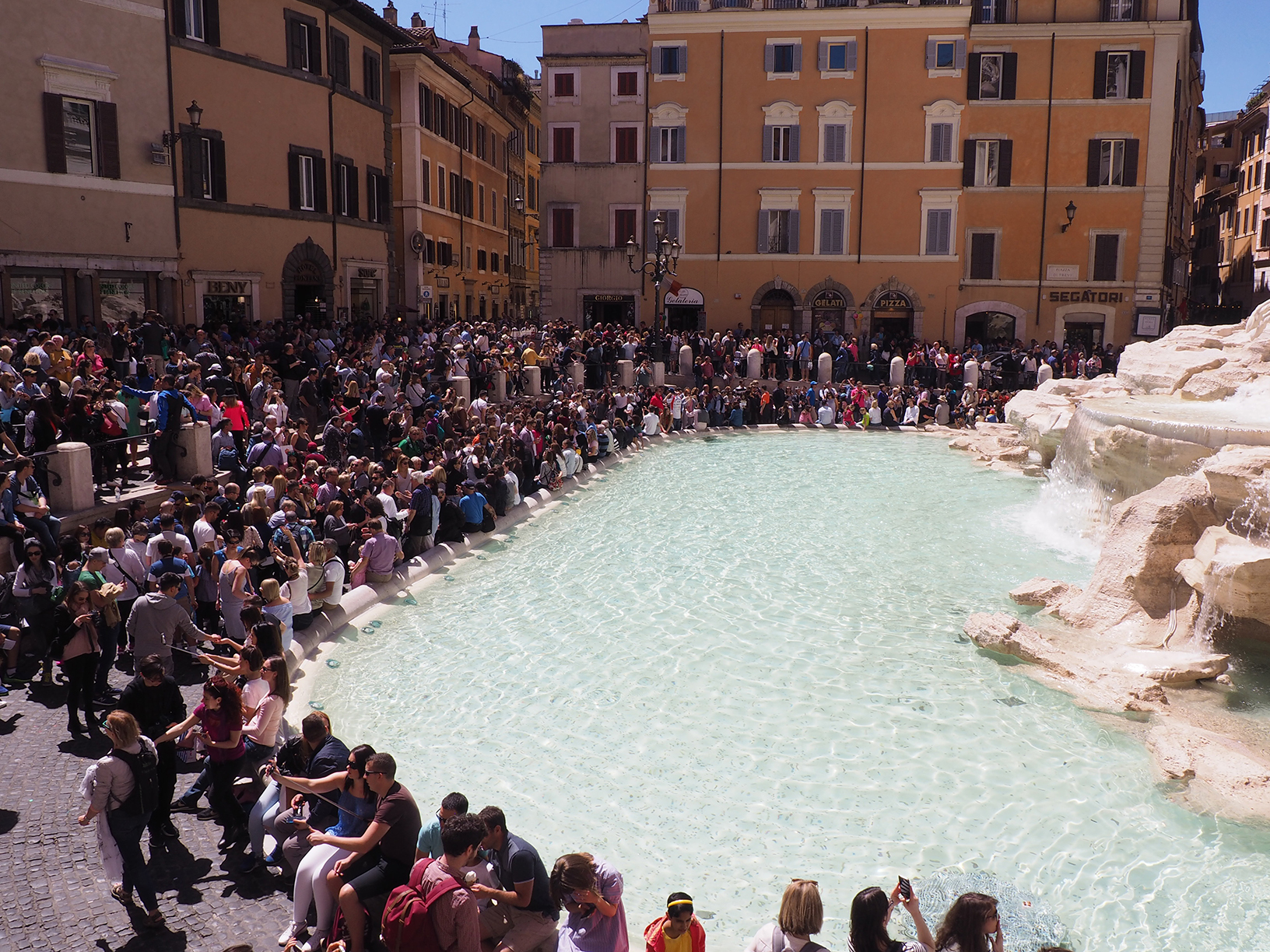 At La Fontana di Trevi, I was looking for a higher vantage point, maybe a rooftop bar or restaurant where I could see the fountain from a different viewpoint.  There it was, Hotel Fontana, I went inside to the reception to see if they had a rooftop access that I could go to and view the fountain.

Yes! They had a rooftop bar but it was closed until 3pm and there was an entrance fee which included a free drink.  It was just past noon and I had a train to catch…I offered to pay the 15€ with no drink but sadly, the answer was still no. 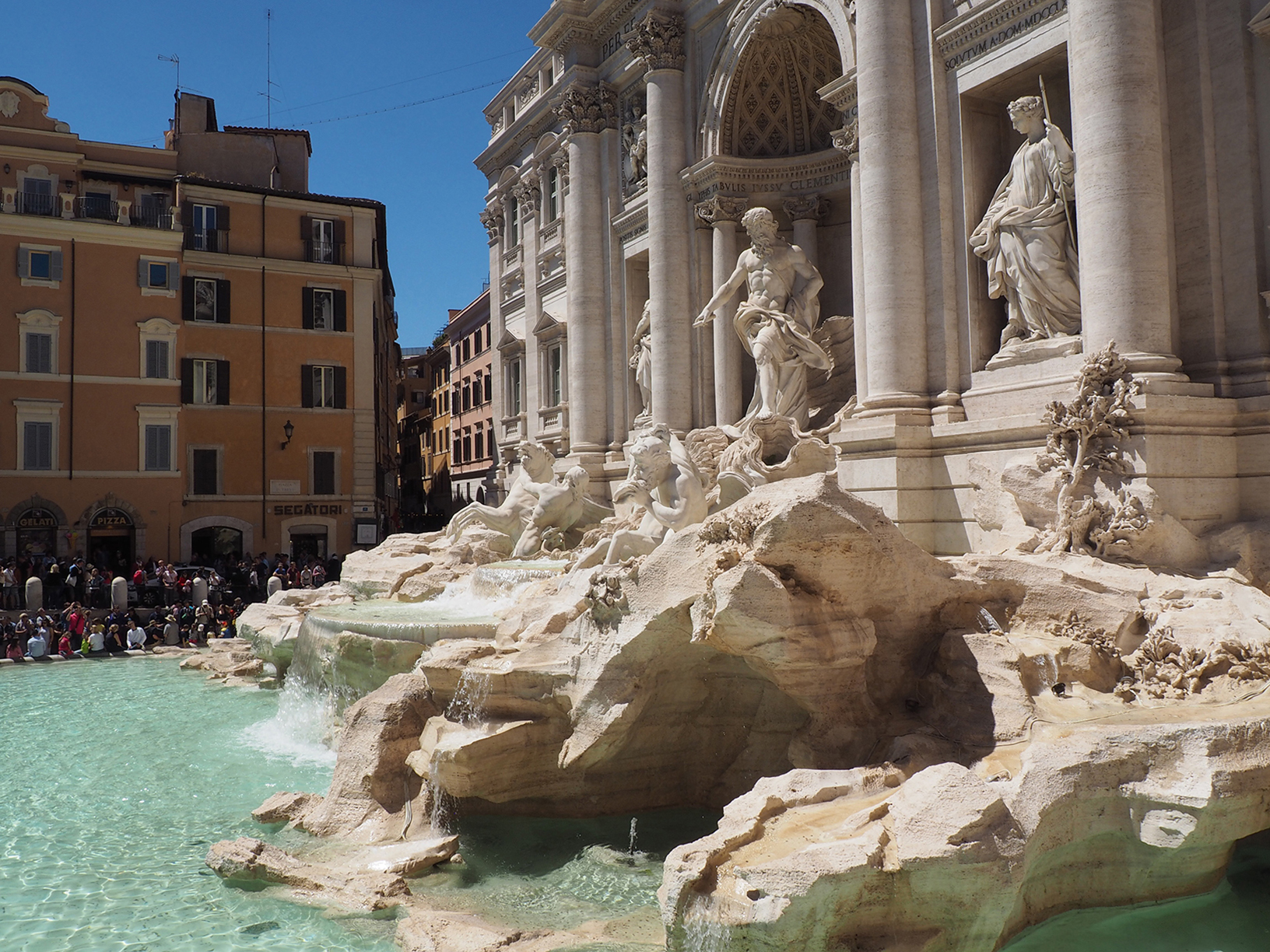 I carried on with my travels to Bologna, Naples, Procida, Cinque Terre, Switzerland, and Norway and then I changed my plan.  Before travelling to St. Petersberg and instead of going to Tallin, I returned to Rome for a one night to stay at the Hotel Fontana. I wanted to see and experience 24 hours in the life of La Fontana di Trevi.

The Hotel and The Fountain

La Fontana di Trevi may be one of the most beautiful and famous fountains in the world. The fountain sets a different mood depending on the time of day or evening that you visit. There’s always lots of people but the mood stills exists. The evening is a bit quieter, romantic and calming with the lights reflecting on the statues and water. In the daytime, with brightness reflecting everywhere there’s more energy in the atmosphere created by the people, the light and the sound of the fountain. 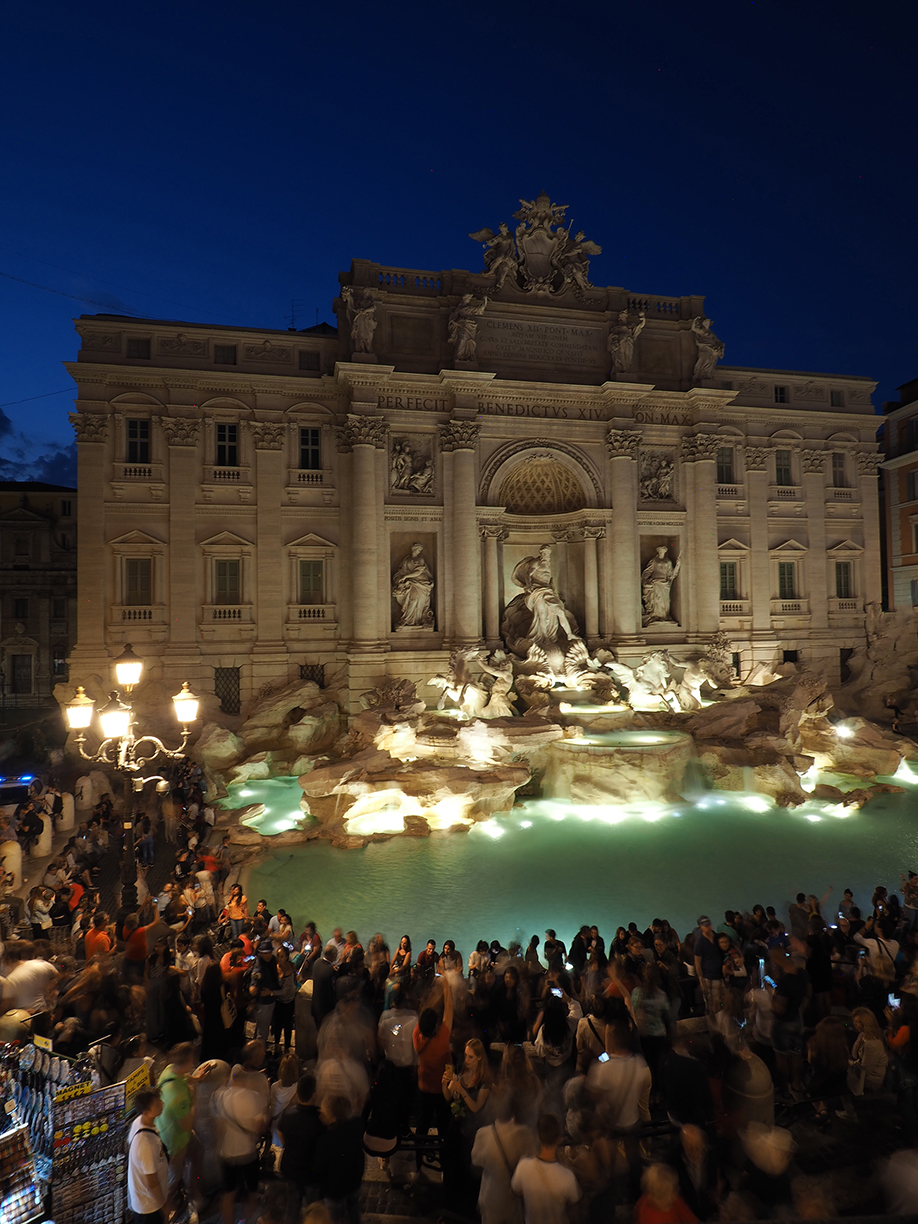 The fountain was completed in 1762 at the junction of three roads for which it was named after and its location is at one of the oldest aqueduct end points in Rome.

Throw a coin over your right shoulder to ensure a return trip to Rome, and who doesn’t want to return to Rome? The money tossed into the fountain is collected every night and is distributed by Caritas, a Roman Catholic charity, to the needy around the world. 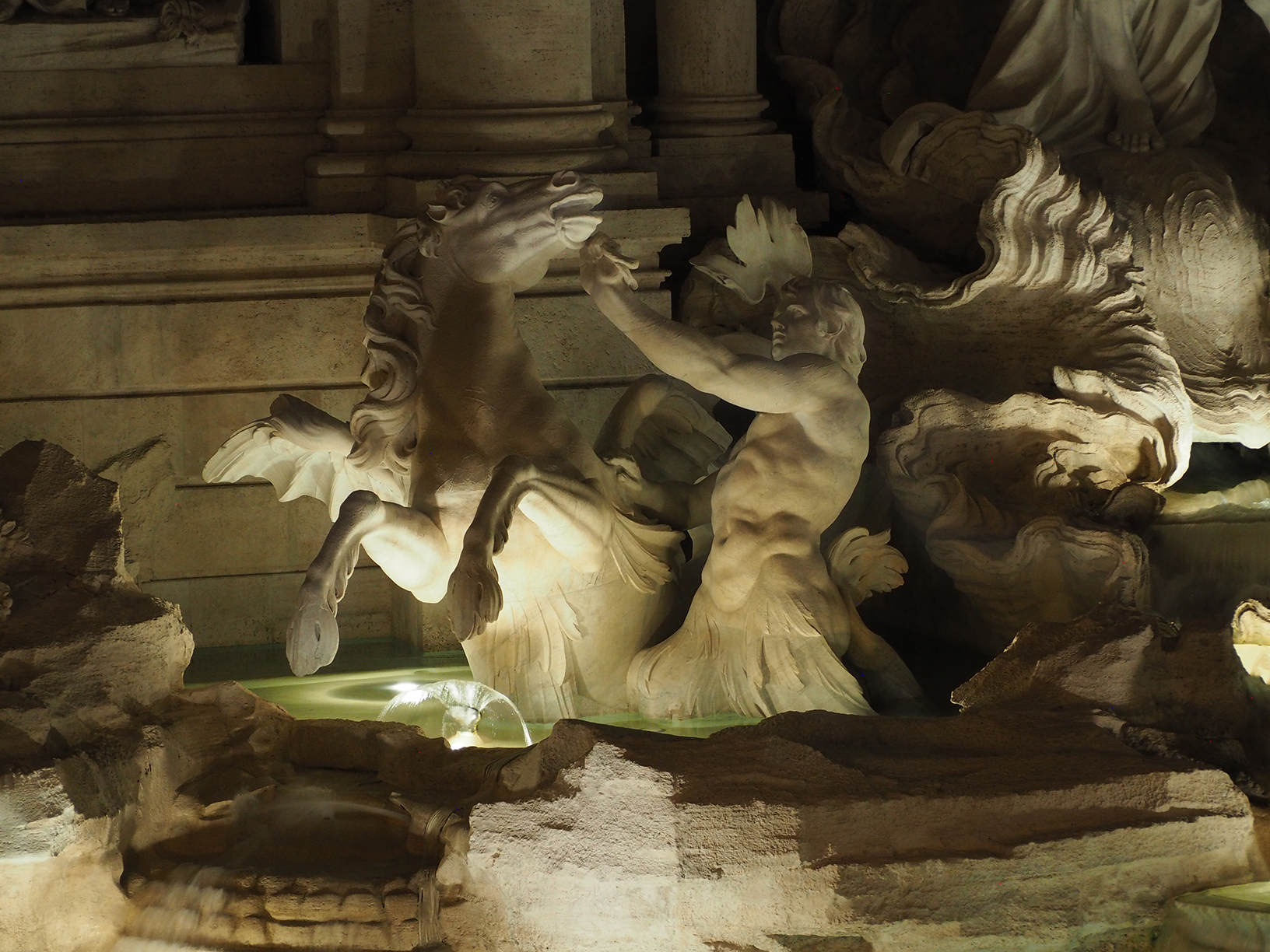 Across from the fountain is the unassuming Hotel Fontana which has been around since the 15th century. It’s a former convent which was converted to a Pensionne and in 1976 the rooms were renovated to include bathrooms.

I originally booked the cheapest option at the Hotel Fontana because I didn’t plan on staying in my room for long.  I was there to photograph the fountain and the surrounding area but once I arrived I couldn’t resist the upgrade. I wasn’t disappointed. I sat on the window ledge enjoying the early evening view for some time, enjoying the sound and spectacle that was happening around the fountain.

This is a unique hotel because of its location. I’ve read some reviews provide commentary on how noisy the rooms with a view are and yes, it is noisy but honestly, and it’s a part of the atmosphere of this magical place. 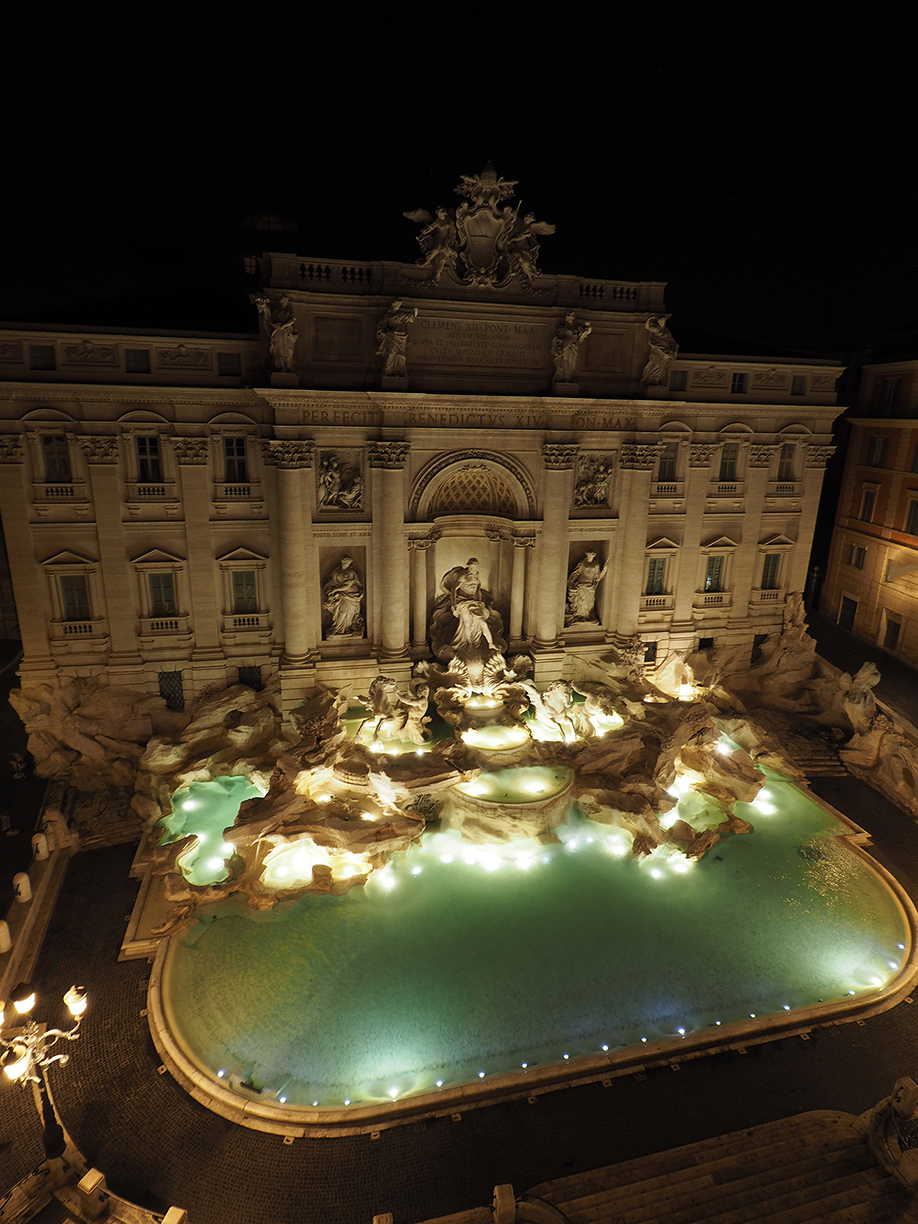 What’s happening at La Fontana in the middle of the night?

Have you ever wondered what happens at night around your favourite monuments?  I was very curious about nighttime around this fountain and I wanted to capture the movement of the fountain water and to photograph the Trevi Fountain when there were no tourists.  The big question was, “is there a time when there are no tourists visiting the fountain?”

This is my four in the morning story at the Trevi Fountain. Can you guess how many people were at the fountain and who they were? I looked out my window and I could see that now was the time, there were no people except the police. I would have this magical place all to myself, I got dressed and the receptionist let me out of the hotel. Well, now there’s one person out there reading but that’s okay because I can deal with one person in my photo. 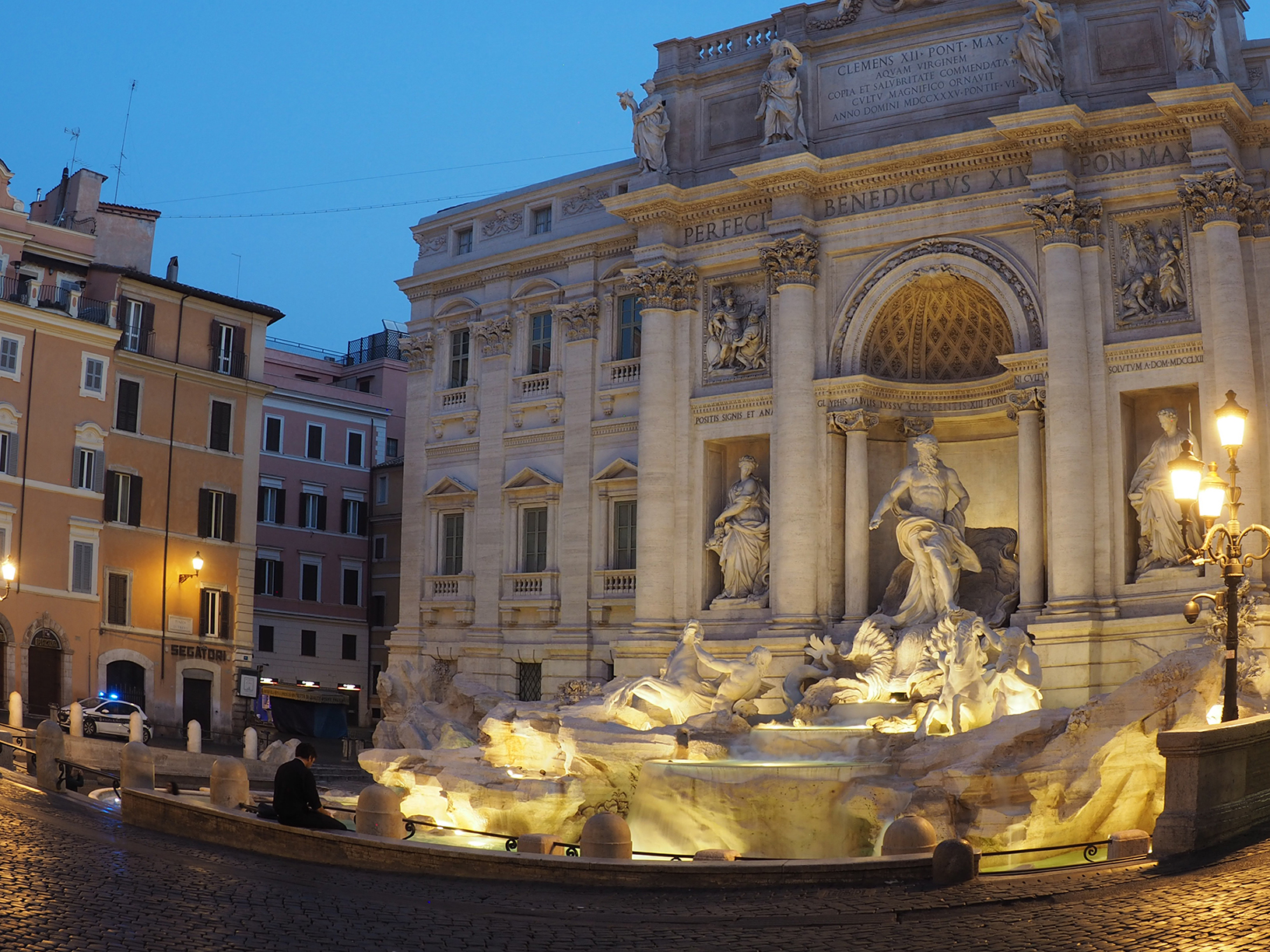 I went outside of the hotel to photograph this fountain masterpiece, to capture images as the light rose above the city, and in particular above the fountain.

There were four people, myself, two policemen in a van and a young priest.  Almost sounds like the opening line for an awesome joke but there is no joke, just a fantastic cast of characters.

Turns out the person reading is a young Catholic priest, jet lagged and reading the bible in front of the fountain. I wasn’t sure if this was a “sign” but I did think this was an awesome place for a priest to be enjoying some quiet time.  We started an easy conversation and if you can believe it, I asked some of my “if I meet a priest questions” and then as we are talking, a van drives up and about 15 amateur photographers show up and surround me in order to get that centre shot of the fountain. Remember, this is now about 4:30 in the morning.  Now in the Trevi Fountain Square, we have the police, a priest reading the bible, a group of photographers and me. 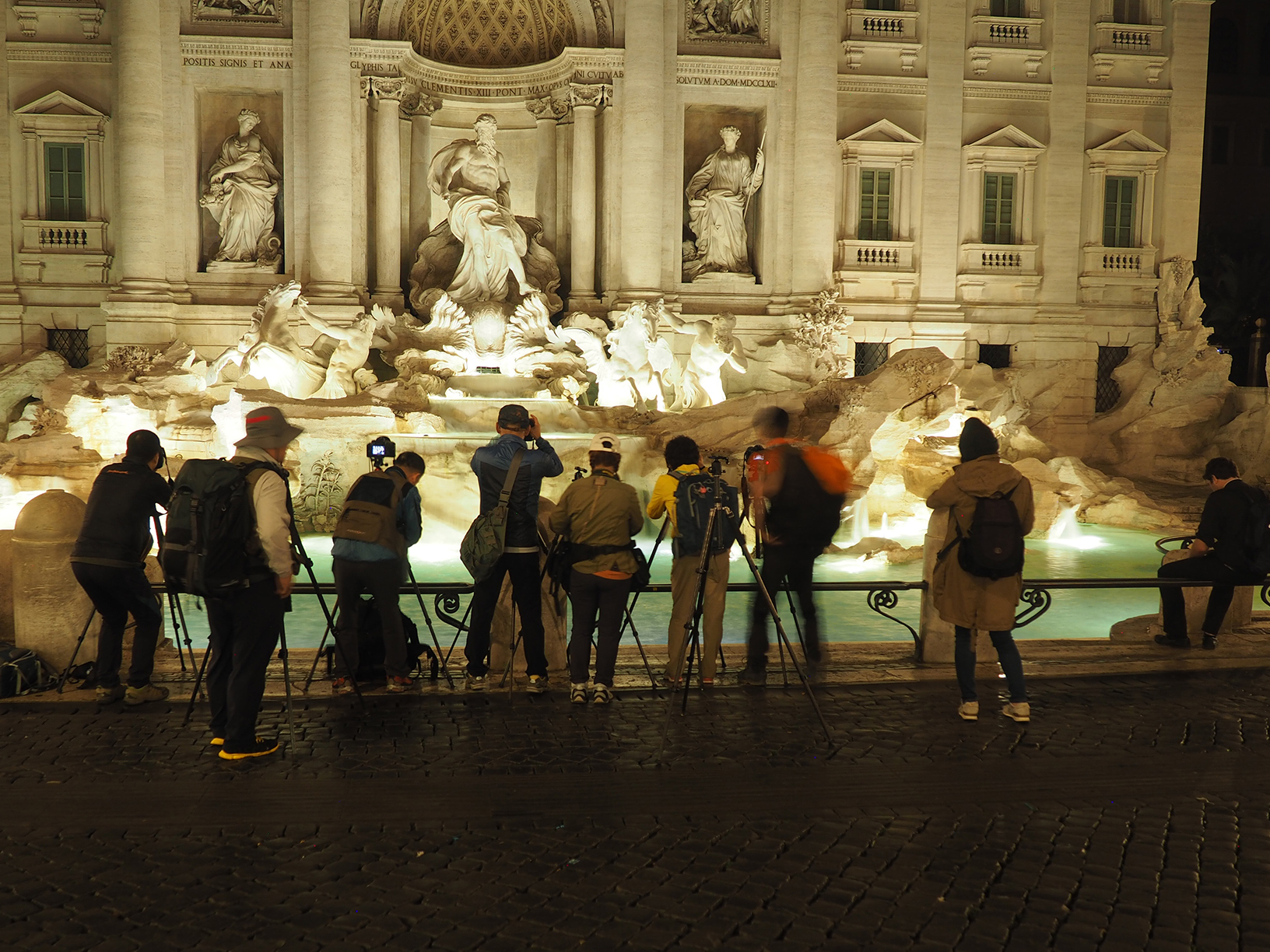 Let’s just say, I wasn’t so pleased about having jostle for space to get those perfect shots. How does this end? I was able to communicate with the group of the photographers so that we could share the space, I took a picture of the priest in front of the fountain and promised to send it to him. I’ll send him one of the fountain too. My photographer friends quickly disappeared as fast as they arrived, likely moved onto the next Roman icon.

Blue hour started and the sun rose to bathe the fountain in the soft morning light, and with that light the tourists started to arrive.  Another day at La Fontana di Trevi had begun. Sunrise was over and then I was back in my room to sleep for a couple hours before heading to the airport for my next destination. 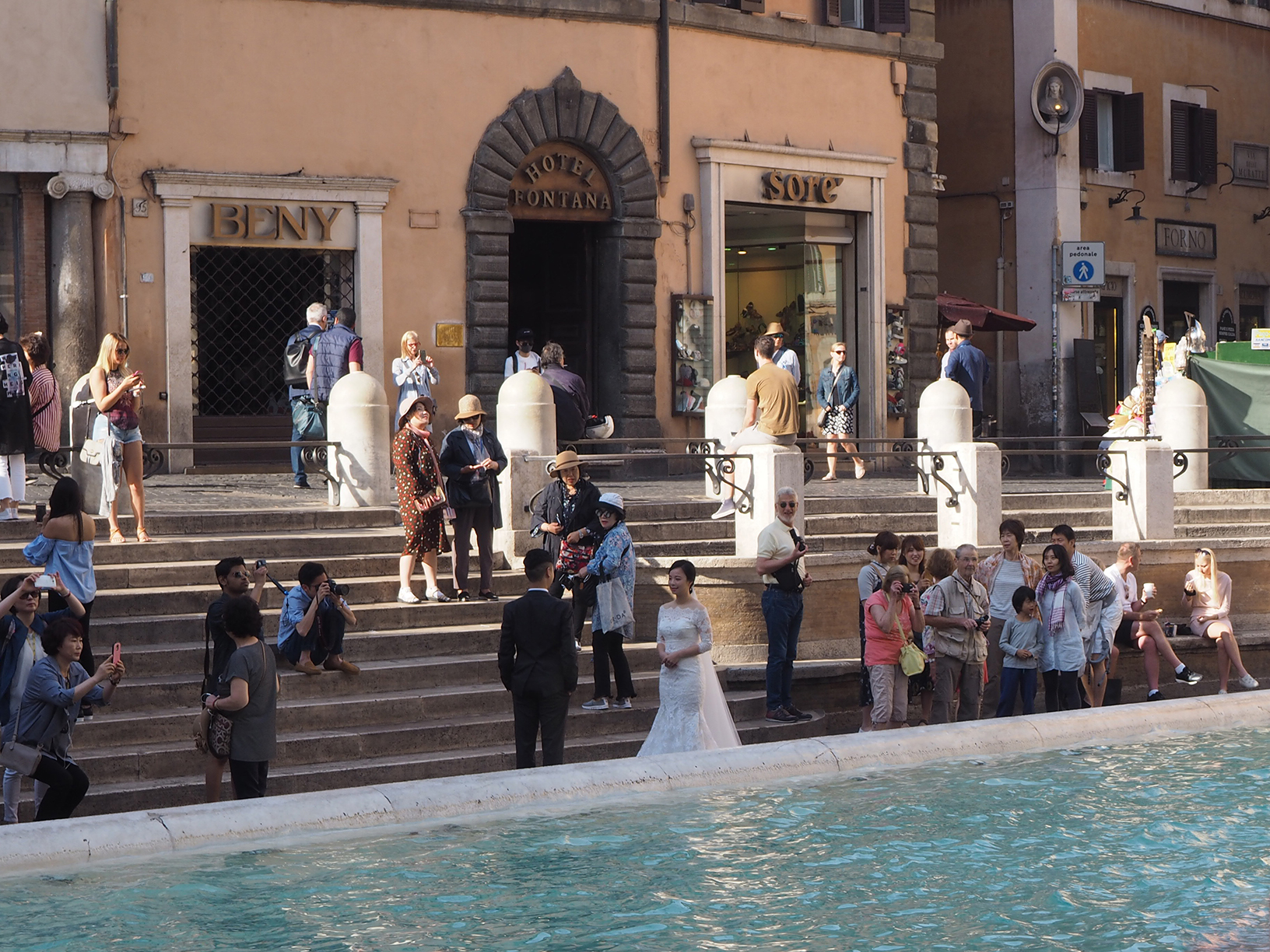 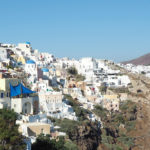 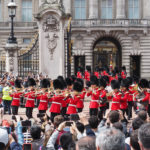 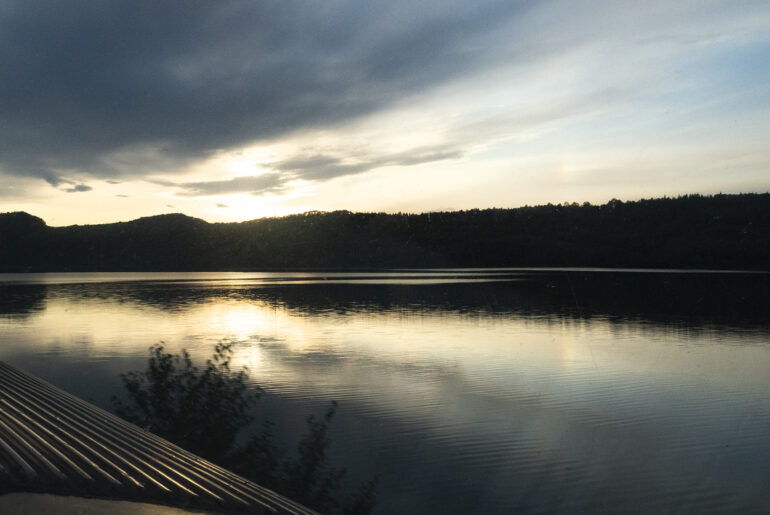 Travel by VIA Rail – The Vancouver to Jasper Train 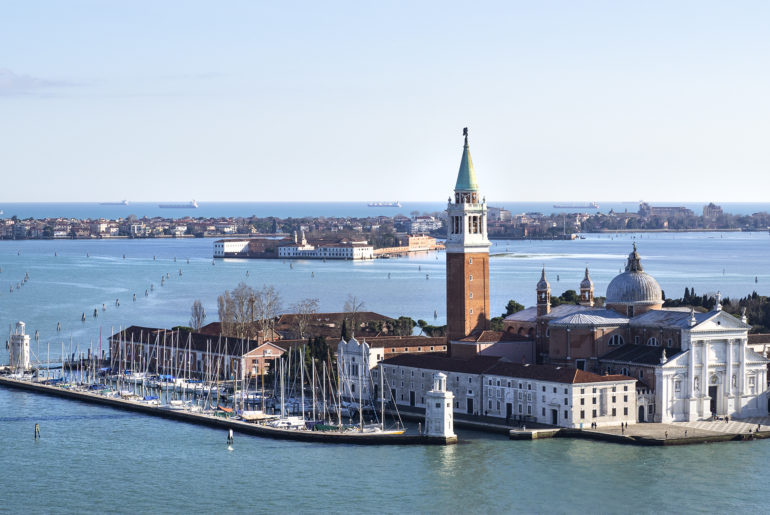 What to do when your Daughter wants to Travel Alone 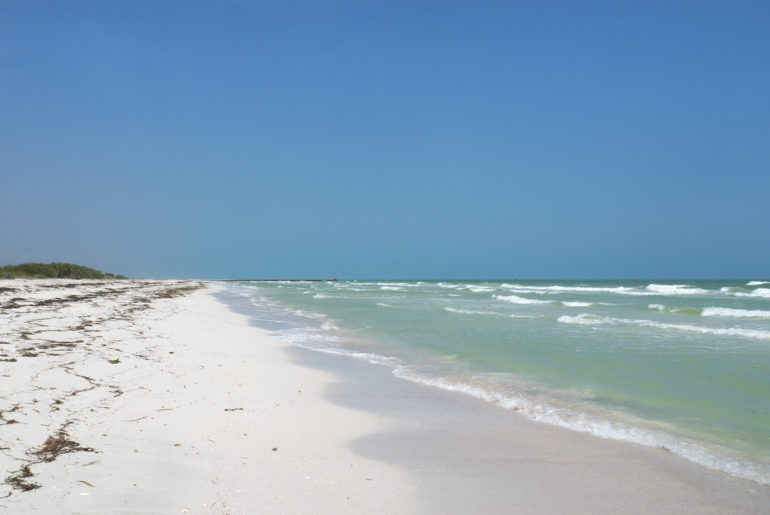